Although many countries around the world have banned whale

hunting, these gentle sea mammals are still at risk. Whales are still

Some are hunted for “scientific” purposes; others are killed by

biologists believe that some of these __2__ may never recover from

the damage that whale hunting has caused.

__3__ hunting, there are many other threats to whales. The

fishing industry reduces their food supply, and the nets used by the

fishermen are a major source of harm. When whales get __4__ in the

nets, they cannot surface to breathe, so they drown. Water pollution

is another threat, and unnatural noises can interfere with a whale’s

(  ) No further research is needed to _____ one fact about Pablo Picasso: He was a man of great talent.

(  ) Peter: I went to the Mandarin Restaurant last night.

Jim: Really? How was it?

(C) It was very expensive.

(D) It was the worst meal I’ve ever had.

Of all Modernism’s tenets, few have been more “revered” than

the assembly line. Its crisp efficiency was a template for everything.

uniformity. A boomerang-shaped industrial shed with rows of cars

streaming on curving tracks, it is less a model of efficiency than a

machine for voyeuristic pleasure. Moreover, the plant is an attempt at

social engineering. Its architect subverts the sequential order of

manufacturing by having each car loop back through the central

building, where workers can survey their work. Engineers and workers

are in constant contact, too, mingling in the corridors and the

cafeteria, which breaks down the hierarchy. Because each car is

assembly plant, you witness them in all their various stages. At

certain points, the cars stop and revolve on enormous turntables

before heading off in a new direction. The movements suggest

mechanical ballet. Leipzig plant is thus the flagship of BMW that

information replaces the monotony of the assembly line; individual

needs rule over bland repetition; and machines are at the service of

Some shoppers are tired of department stores and shopping

malls－fighting the crowds, waiting in long lines, and __1__ not even

finding anything they want to buy. They would rather sit quietly at

an item __2__ a model displays it. And they can shop around the

clock, purchasing an item simply by making a phone call and __3__ it

to a credit card. Home shopping networks understand the power of

an enthusiastic host, the glamour of celebrity guests __4__ their

products, and the emotional pull of bargain.

(  )  The possible interactions between these poisonous chemicals are deeply _____ to the government officials.

(  ) The modern technology has enabled us to split up atoms, but we can’t break down our prejudices.

(A) Nowadays we have been equipped with advanced technology to overcome many extreme challenges, but not to open our mind.

Alaska and its bride, the oil industry, enjoyed a mutually enriching

awoke that day to more than 10 million gallons of crude oil, bled from

the grounded tanker Exxon Valdez, roaming unchecked in one of our

treasures, Prince William Sound. It was as if a spouse had murdered

one of the children.

(A) a newspaper editorial     (B) a book on marriage counseling

(B) The relationship between Alaska and the oil industry.

(C) The excessive usage of oil and its negative effects.

(D) The soaring rates of domestic violence and child abuse in Alaska.

__3__ collisions. A period has the unblinking finality of a red light; the

comma is a flashing yellow light that asks us only to slow down; and

the semicolon is a stop sign that tells us to ease gradually to a halt,

(  ) He had a memory so _____ that he could even remember everyone’s nickname after twenty years.

Times, as we understand and measure it, is a human invention.

The science of studying time, as well as the art of making

instruments that measure time, is known as horology. Different

instruments have been used to keep track of time over the years, in

an effort to count time in equal units. Sundials, or sun clocks, were

used as early as 3500 B.C. and divided daylight time into equal

hours. In Europe, in the fourteenth century, the hourglass was used.

Time was then measured by having a quantity of sand, water, or

time. The first spring-powered clock was invented in Germany

around 1510. The power for this clock came from a metal coil inside

called a mainspring. To operate the clock, a person would wind the

mainspring by turning a key.

Battery-powered clocks were first used in the 1840s, with

electric and quartz-powered clocks coming into use in the early

1900s.With the invention of battery and electric-powered clocks,

there was no longer the need to wind a mainspring. As a result,

(A) the importance of being always on time

(B) the significance of making time-keeping instruments

(C) the evolution of humans’ ideas of time.

(D) the development of horology.

(  ) 3. Which of the following is NOT mentioned in the passage to help humans measure time？

(  ) 4. According to the author, humans invented different time-keeping instruments in order to _____. 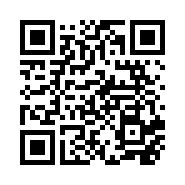